In March 2012 H.P. Marshall returned to Silverton with his Boise State University team for another field campaign at Senator Beck Basin.  Due to unusually persistent and dangerous avalanche conditions, this campaign was unable to travel into the alpine terrain of the Basin and, instead, focused on the safer sub-alpine terrain near the Swamp Angel Study Plot.  Two teams were deployed to intensively survey that area with overlapping coverage using two different radar systems, collecting thousands of radar profiles of the snowpack.  Immediately behind the radar crew, another team from the U.S. Army Cold Regions Research and Engineering Laboratory led by Dr. Eli Deeb performed highly detailed Lidar (Light distance and ranging) measurements and infrared photography in snow profiles at several points just profiled by the radar systems in a highly synergistic combination of techniques.  Lidar was also used to measure snowpack coverage in the Swamp Angel Study Plot meadow, comparing “snow off” measurement of the ground surface to “snow on” in early March to calculate snowcover depth. 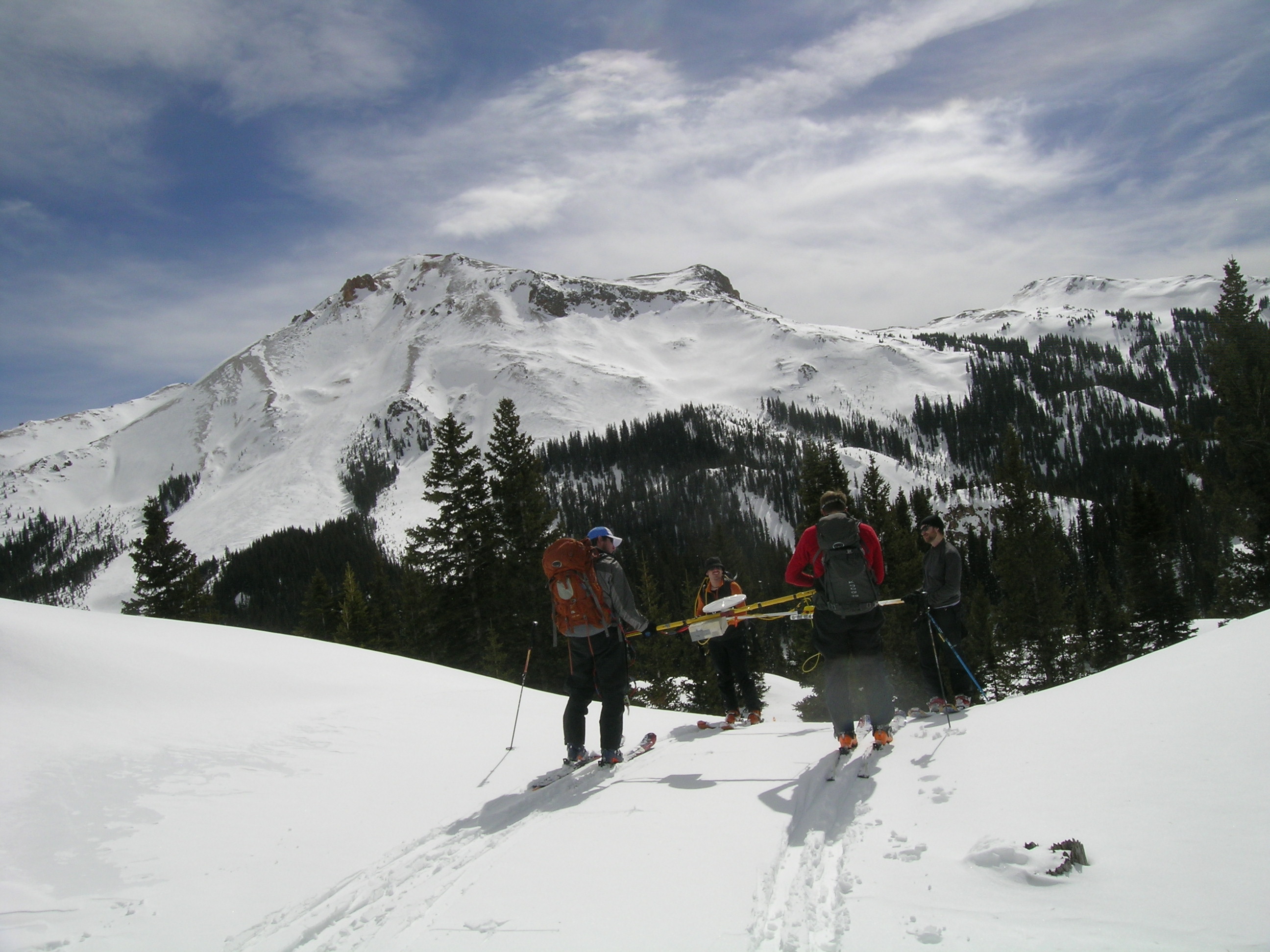 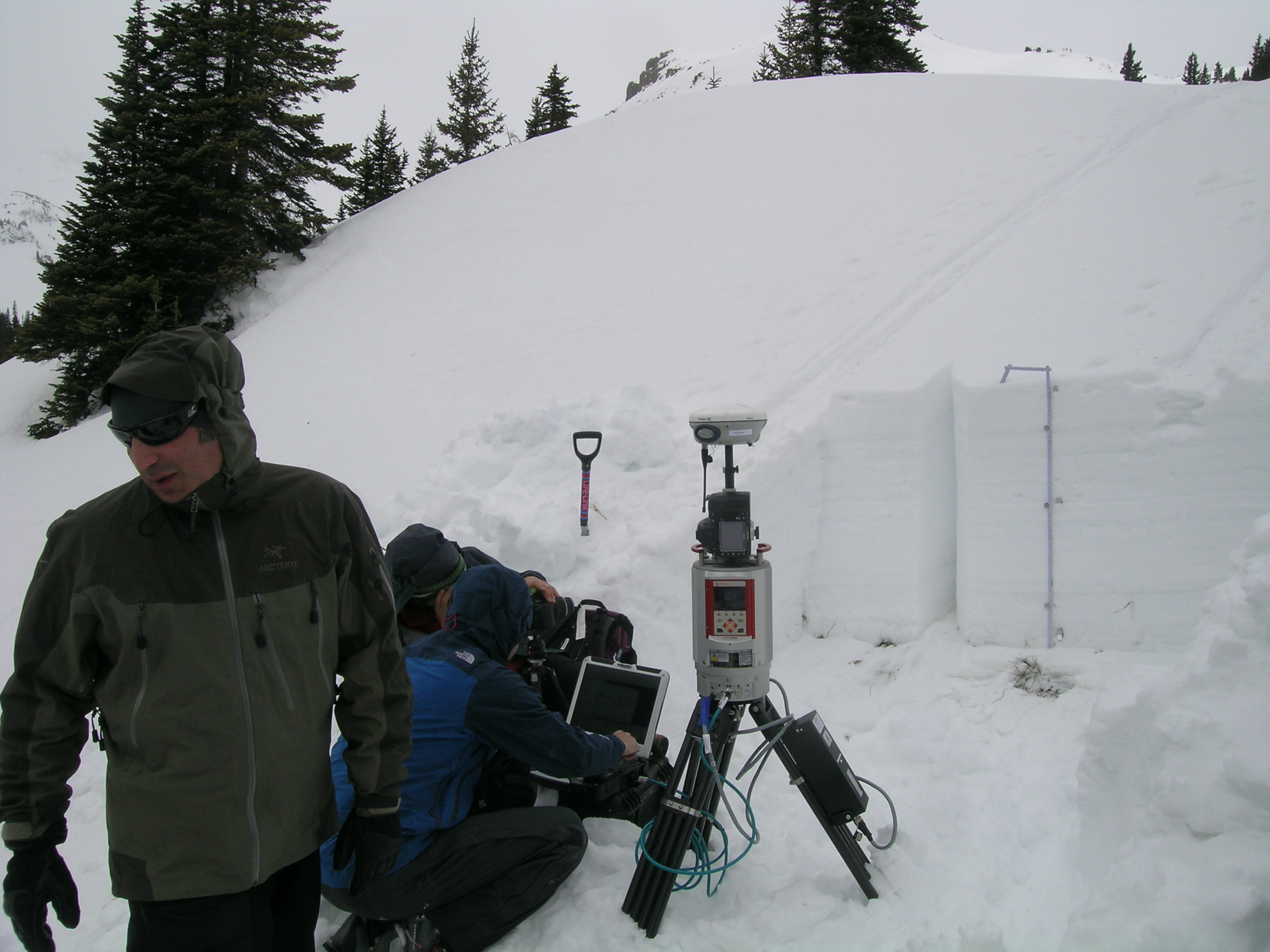 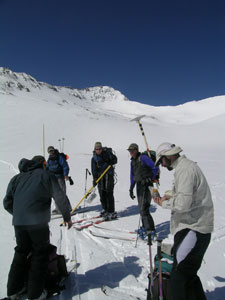 The radar team regroups at Senator Beck Study Plot – Dr. Jeff Deems (right foreground) and PhD student James McCreight (on left with back to camera) are also routine members of the radar team. 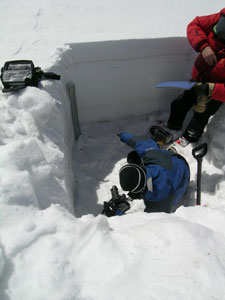 In addition to his radar measurements, HP is seen here taking a near-infra-red (NIR) image of a snowpit wall at the Senator Beck Study Plot.  This technique was presented by HP and Dr. Martin Schneebeli in a small workshop for researchers hosted by the CSAS in March 2008.  Details in these images can be compared with snowpack properties detected by HP’s FMCW radar and other observations regarding snow density and other properties.